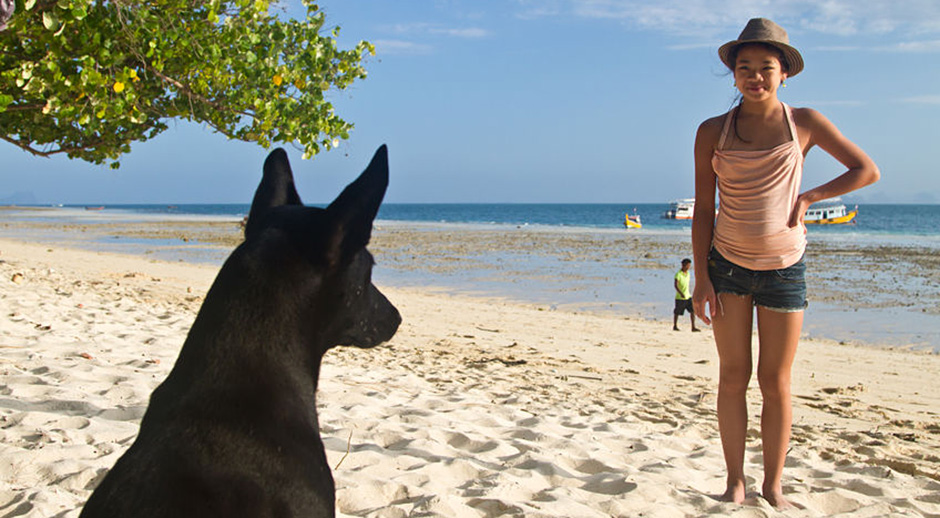 How to teach your dog to know his name

Welcome! Does your dog know his name when you call him? You should not skip this lesson even if he does, for it contains valuable learning for both you and your dog.

In the beginning, when your dog became a family member, one of the first specific sounds that your dog heard you say was his name. This “sound” had the purpose of getting his attention, and was among the very first training that your dog received. This is what saying the name should be used for, and nothing else.

You often see dog owners who seem to think that the name has meaning beyond just being a name. They use it for multiple purposes, that are entirely different, depending on what they are thinking in that moment when they call him.

Your dog may be the smartest dog in the world, but he is not a mind reader.

It is a good rule to treat your dog’s name just like you do with the name of a child.

For example, if you call a child’s name, he or she may acknowledge that he hears you (if you’re lucky), but his likely response will be to call back, “What?” He probably won’t even look up from the video game or whatever else he was doing when you called his name. You’ll need to follow up with an instruction; tell him what you want: “Bobby! Stop playing that game and do your homework!” (Then he may or may not do as you ask, depending on how well he’s been trained.)

Your approach to saying your dog’s name should be only to get his attention. That’s it. Nothing else. No hidden meanings. You will then train him to understand other sounds, or commands, to convey a certain meaning.

Important: Even after your dog learns his name, he may continue doing whatever he was doing when he hears you use it (just like Bobby). Don’t get upset or impatient. And don’t repeat his name: “Fido… Fido!… FIDO!!!”  Doing this will only teach your dog to ignore you until he hears his name over and over. We’ll give you better solutions.

So let’s turn our attention to the lesson.

Lesson 1: How To Teach Your Dog To Know His Name

First, read this lesson, and then practice it with your dog.

Not doing what you want? Here is what to do

If you say his name and he doesn’t look at you, he may be too distracted. Move him a few paces to a different location and try again.

Say his name. Use an enthusiastic tone of voice. Give immediate rewards if he looks at you.

If he still doesn’t respond to his name, clap your hands, whistle or make some other attention-getting sound. When he looks, say his name again and immediately give the rewards. Do this as a last resort. You want him to learn to respond to his name, not the other sounds.

[Note: If your dog does not show any response to those attention-getting sounds, please have his hearing checked. Seriously. Some breeds, such as Dalmatians, are prone to hearing problems. A dog owner who thinks the dog is too dumb to learn is sometimes surprised to learn the dog is actually deaf!]

Another tactic: put the treat in your hand and let your dog sniff your closed fist so he’ll know it’s there. Pull your hand away and wait until your dog looks away from you. Say his name and immediately reward his response.

If your dog continues to ignore his name after several attempts, try moving to a less distracting location. (Distractions include smells, not just sights and sounds.)

Keep trying, be patient, and remember not to repeat his name. Give immediate rewards when he responds.

During this week, you’ll be training yourself as well as your dog. The important lesson for you: Learn to say your dog’s name only once. This is difficult for most people. We rely on verbal communication. Dogs don’t. So you’ll have to train yourself not to do what may come naturally: repeating yourself until you get a response.

Practice this lesson several times each day during the week. Vary the time of day and location (both inside and outside). Do not, however, move to areas with greater distractions to challenge your dog with higher degrees of difficulty, even if he is a fast learner. The Happy Mutt Training System works best when you build on a strong foundation of success and progress slowly, one step at a time.

Do five repetitions during each lesson.

Concentrate on saying your dog’s name only once.

Remember: do not use your dog’s name as a “catch-all” command with multiple definitions.  As our training progresses, you’ll learn that each desired action will have it’s own separate command (and it won’t be your dog’s name).

Coming up next week:

Become Better – Training Lesson 2: Teach Your Dog To Sit At Your Command